How Does American Whiskey Compare to Scotch and Irish? 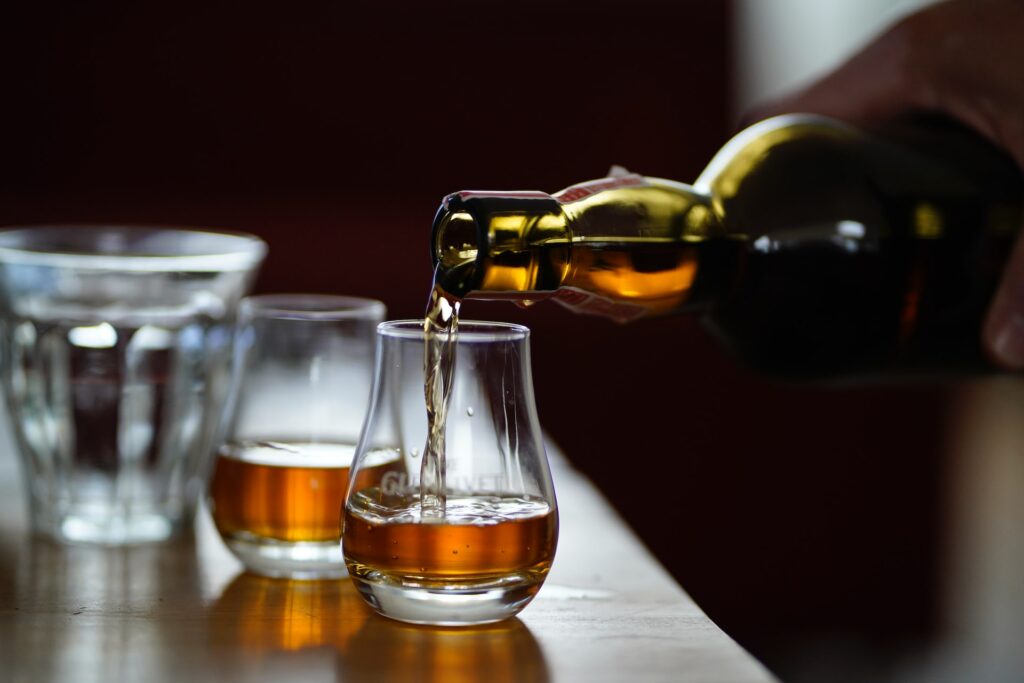 London Cask Co primarily focuses on Scotch whisky and Irish whiskey, but there are numerous types of the spirit originating from all over the world. While North Americans do love the former, they also have several blends of their own…

Scotch whisky is typically made from malted barley and grain before being aged in oak casks for 3+ years. It is distilled in six areas of the country; Speyside, Islay, Campbeltown, Lowlands, Highlands and the Islands; and fits into one of five distinct blend categories; single malt, single grain, blended malt, blended grain and blended Scotch. Scotch whisky must be distilled according to the legally-binding Scotch Whisky Regulations 2009. Irish whiskey, however, is made from a yeast-fermented mash of malted cereals, usually corn, barley and wheat. It is usually distilled three times rather than two, and is a lighter drink with a smoother finish.

There are three main types of American whiskey, each with a distinctive profile and distilling process. Let’s look a little more in-depth at each…

Bourbon is made from at least 51% corn with no additives, and is stores in charred new oak barrels. Bourbon can be produced anywhere in the United States but not outside of it; and according to the Kentucky Distillers Society, around 95% of it is made in the state of Kentucky. Back in 2018, they surveyed 68 whiskey distilleries there; and found some 8.1 million barrels of bourbon ageing – an impressive amount given that the state’s population is only 4.3 million!

When compared to Scotch whisky and Irish whiskey, Bourbon is sweeter and usually characterised by flavours more palatable to an American market: such as vanilla, caramel or spiced notes.

Tennessee whiskey is, perhaps unsurprisingly, produced in the US state of Tennessee. Not dissimilar to Bourbon whiskey, it too requires a blend of at least 51% corn. The difference lies in the method of filtering: with Tennessee whiskey undergoing a charcoal filtering process before being aged in new charred oak barrels. This spirit is one of the state’s top 10 exports but is frequently referred to simply as ‘Bourbon’ in international trade agreements – which is not a popular colloquialism amongst distillers!

Tennessee whiskey has a much more mellow character than other whiskeys as a result of its filtering through maple charcoal before the ageing process.

As opposed to Bourbon and Tennessee whiskeys, Rye whiskey is, yep, you guessed it, made of at least 51% rye mash! Blended with corn and barley, Rye whiskey is aged in charred barrels for a minimum of 2 years. Canadian whiskey is often referred to as ‘Rye whiskey’, but that’s due to historical usage of the grain and not a necessity for modern blends to use a majority mash.

Rye whiskey tends to be the ‘go-to’ choice for mixologists making up whiskey cocktails as its usually spicier than other blends. For those wanting to consume an American whiskey, Rye has a considerably fuller profile than its competitors.

Which whiskey type is next on your list to try, and which to invest in? If you’re unsure, get in touch with an LCC Consultant today. Let’s chat!